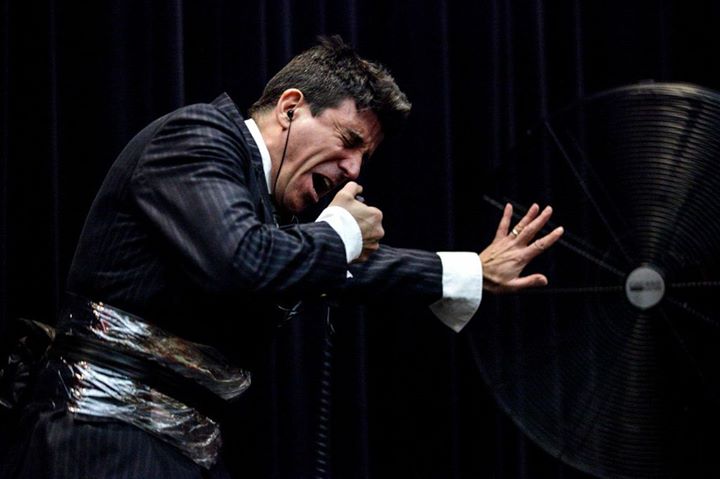 The practice of making “best of” lists is reductive and silly, it’s true. But I’m doing it—and here’s why.

For the longest time, we’ve yearned for New York’s theaters to turn towards the European repertory model, in which successful shows actually stick around. If, for instance, you’d like to see Gob Squad’s Revolution Now!, don’t worry about the fact that it premiered in 2010—it’s still in the Berlin Volksbühne’s catalogue. The Volksbühne can hang onto successful pieces for a half-decade. Why can’t we? There are Broadway transfers, of course, but the important experimental stuff just…disappears. Oh, you missed Room Tone? Sorry. Didn’t get to Fucking A? The Small? Open Up, Hadrian? LEAR? A Map of Virtue? Girl Gone? Lumberjack Messiah? I’m so bummed for you.

​Happily, New York seems to be moving towards holding onto its treasures. Without any obvious coordination, an accidental network of enlightened theaters (Theater for a New Audience and the Public in particular) and festivals has emerged; these, when combined with the commercial funnel to Broadway, have given us a kind of octopus-armed, city-wide rep system. Many of this year’s greatest shows were actually 2013 and 2014 productions showing up at other theaters: Julia Jarcho’s Grimly Handsome; Branden Jacobs-Jenkins’s An Octoroon; ERS’s The Sound and the Fury; Kate Benson’s A Beautiful Day in November on the Banks of the Greatest of the Great Lakes; Annie Baker’s The Flick; Richard Maxwell’s Isolde; NAATCO’s production of Awake and Sing.

Broadway and the touring houses help: we got the stellar A View from the Bridge from London, and Hamilton did its own sharp pivot, premiering in January of this year and then charging uptown, where I hear it’s doing okay. Eclipsed and The Humans are following its lead, though I fear those intimate works may be drowned out by the din of Times Square. These shows were wonderful the first time around, and they continue to be wonderful. But if I could wish a future repertory into existence, I’d say here are the top ten shows from 2015 that need to come ’round again and again.

1. I Understand Everything Better. David Neumann’s wry, postmodern dance-drama with text by Sibyl Kempson used elements of Noh (great stillness) and kabuki (great silliness) to make a heartbreaking portrait of Neumann’s father caught in the hurricane of his final days. This spectacular work will appear briefly in the COIL Festival in January—it’s mandatory viewing if you missed it the first time.

2. Scaffold Room. Ralph Lemon’s piece didn’t even fit in a theater—it included a Kitchen-spanning installation of sculptures and projections, readings by downtown luminaries, and the performance itself, a pair of frightening monologues (performed by Okwui Okpokwasili and April Matthis) that roam across explicit Kathy Acker texts, dream-language and moments of pure, screaming strangeness. I found it difficult at times, but it operated like an ancient meditation labyrinth: as long as we could follow its mazed pathways, Lemon would give us a moment of healing at the end.

3. Social Security. Christina Masciotti’s wormwood-bitter comedy about a crotchety old lady falling prey to her landlord needed precise execution, which it got from director Paul Lazar and crackerjack cast Cynthia Hopkins, T. Ryder Smith and the astonishing Elizabeth Dement. Truthful about how money and society work and funny as fuck, Masciotti is major—she is our heir to Molière.

5. YOUARENOWHERE. Performer-programmer Andrew Schneider wired himself into this virtuosic performance of a man-turned-machine, whose glitching personality starts to replicate in some low-fi but astounding ways. It’s the rare show that can tell you what trick it plans to play—then makes you gasp anyway.

6. Biter/Every Time I Turn Around. After Richard Foreman hung up his stripey strings, it seemed like the avant-garde’s talent for balls-out looniness had left the theater. Then this cockeyed, lazzi-filled expressionist chaos appeared—cowritten by Ryan William Downey and Spencer Thomas Campbell and starring, among others, an actual dead fish—and boom, Alfred Jarry’s spirit rides again. This one also shows up in the January festivals, so put on something waterproof and get over there.

7. And That’s How the Rent Gets Paid. Jeff Weiss and Richard C. Martinez’s sprawling 1980s collaborative serial returned for a triumphant run at the Kitchen, and the writing was as bracing as a subway breeze. If you came to the Village expecting it to be all CBGB’s and front-stoop community and transgressive radical-queer theatro-performance, and you were shocked when it turned out to be NYU instead, this shaggy-dog soap opera performed by fifty open-hearted friends felt like balm to your cheesegratered soul. It has to come back, it has to.

8. Appalachian Spring Break. Choreographer-dancer Scotty Heron and composer Brendan Connelly are both such uninhibited Chaos Muppets that when they take the stage for their hilarious junkshop tribute to Martha Graham and Aaron Copeland, you’re often deeply concerned about the health of their sound equipment. Connelly tootles, blasts and sighs his electro-noise score on a deconstructed clarinet; Heron flings himself around in pointe shoes or heels or a Graham-ian stretchy tube o’ fabric; the two clamber over each other like a pair of puppies figuring out for the first time they have legs. It seems like mayhem, and then beauty asserts itself—classic and anarchic and enlivening at once, the perfect expression of vernal riot.

9. YOU US WE ALL. The ugly sumptuousness of composer Shara Worden and director-designer-writer Andrew Ondrejcak’s exquisite pop-opera masque was the glitz of a party after the floor’s gotten sticky. Allegorical figures in Warholian baroque garb (brocade and sunglasses) sang coloratura appeals to modern goddesses (Aid us, oh Beyoncé) while Love handed out kawaii balloons. It was terrifying—this is what our internet-saturated minds really look like—but we wanted more: Surfeit does not always sicken appetite.

10. Studio Visit. This is a tricky one, because I think it’s still happening, but only one person can see it at a time, and each audience member needs to personally contact Suzanne Bocanegra for admission. Once you do, though, you’re ushered into the artist’s Gowanus studio for a performance that’s a kind of microbiography of her artistic life, or a highly edited Passion. Each show is unique: Bocanegra has amassed a huge pile of her old artworks; she walks around the heap, taking a container of rice here or a toeshoe there, then narrating each relic’s odd little life to us. In the past, other artists have played Bocanegra (Paul Lazar, Frances McDormand), but now she’s drawn aside those veils—her grave candor and the space’s chapel-like stillness create something medieval, reverent, pure.

Begin typing your search above and press return to search. Press Esc to cancel.